Yesterday, Albion Online shows an useful All-In Wailing Bow guide that created by Shankz. The All-In Wailing Bow build is an extremely efficient build for huge skirmishes and massive fights in general, but it is also capable of dealing good damage in smaller matches. Being created around the Demon Arrow ability, the build offers huge range with great base damage that increases when hitting multiple enemies at once. Basically, the more enemies you are fighting, the more potential damage you can deal. 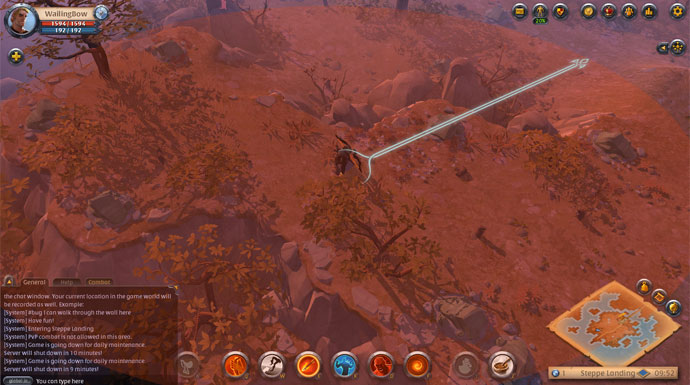 All-In Wailing Bow is one of the decisive factors in a battle. You just need one perfect shot is all it takes to shift the battle’s favor on your team’s side. Take a deep breath, focus, aim, and then release your arrow to victory. To fight with Zerg vs Zerg mode, Shankz came up with the idea of creating a zerg-buster build that would allow smaller numbers to evenly fight larger zergs. With every single skill in this build being picked to multiply your already high base damage, the Demon Arrow becomes a more and more devastating one-shot threat every second you can prepare the launch of your final attack.

Multishot – Hit all enemies in a cone in front of you.

Frost Shot – Leap 9 meters backward, while at the same time firing a frost arrow at the ground in front of you, slowing anyone hit. As Multishot nor Frost Shot need a target to be used and both are on a low cooldown, they are the optimal choice for the job at hand. 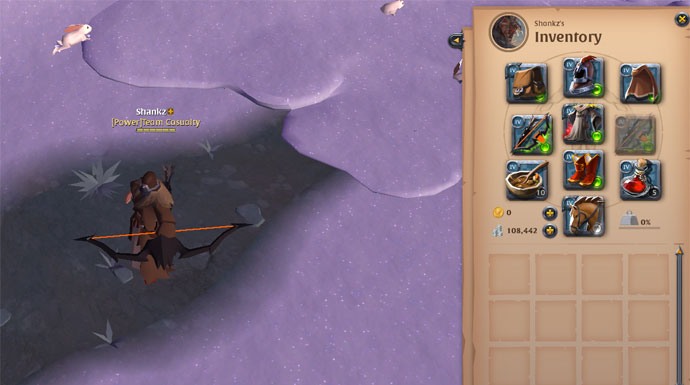 Demon Arrow – Fires a demonic arrow that pierces through enemies. Each enemy hit strengthens the arrow, causing it to do more damage to subsequent targets. The optimal usage of Demon Arrow requires some training. It helps a lot that Demon Arrow is fired off instantly, but due to the narrow and long path the arrow is traveling you need to fire it in the right direction to hit multiple targets.

Aggressive Rush – Every 4 normal attacks, all your damage gets increased for a few seconds.

Growing Rage – As long as you don’t deal damage, you keep stacking up a damage increase of 10% per second. As soon as you deal damage, the stacking stops and the current increase stays active for a few seconds. Growing Rage provides a free and easy 60% damage buff. 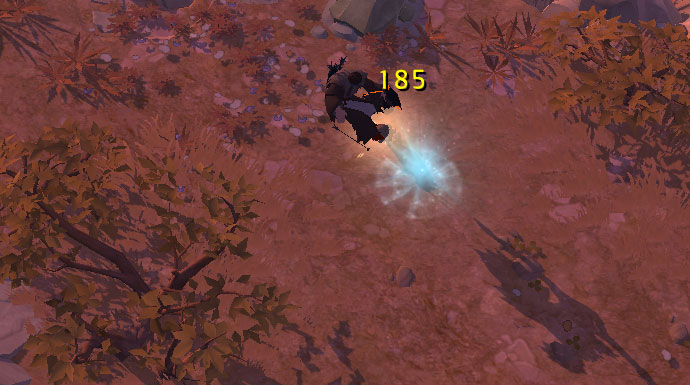 Obsessive Burst – Increases your damage by 8% for 10s. During this time, each time you activate an ability, this effect is multiplied up to 8 times.

Aggression – Increases your damage and heal power. Another easy-to-use damage buff. Using any skill, even without hitting an enemy will stack up the buff and will increase the damage of your Demon Arrow.

Stew – Improves your overall damage. Being all about damage, the only option for the All-In Wailing Bow is to increase your total damage even further using Stews.

Major Healing Potion – Regenerates a percentage of your total health over 10 seconds. Healing Potions will keep your health up should you take damage. You can use your food or your potion to get another stack of Obsessive Burst! Always have a few extra rations with you to stack your damage buff faster when needed.

Albion Online will be released on July 17th. Again, a big update forAlbion players! This is quite exciting! The game will be available within a few days, so just seize the limited time and gather enough money and necessary gears and weapons ahead. If you need gold in game, you can buy cheap Albion online gold on www.upalbion.com.